PS Seasoning continues to push the envelope with its unique and innovative flavors for the protein and deli industry. The company recently released four new flavors for proteins that can be used to make fresh sausages, patties, or snack sticks. 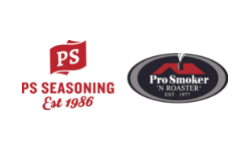 Just weeks after launching, Cheddar Apple Seasoning won Grand Champion at the Minnesota Association of Meat Processors cured meat competition. “We actually made a batch of Cheddar Apple sticks as samples, but the flavor was so unique and delicious, we knew we had to enter them,” says Tony Dehmer, Owner of Dehmer Meats in Minnesota. A blend of cinnamon, spices, apple pieces, and cheddar cheese, Dehmer mentions that they didn't add the usual inclusions as the seasoning stood alone. The seasoning received a perfect score on flavor from the Minnesota judges.

Other new stand-out flavors include:

The seasonings can be used to make fresh sausages like bratwurst or smoked sausages and snack sticks using included cure.

The seasonings are available for individual purchase or in wholesale quantities. For more information on wholesale orders, visit www.psseasoning.com or contact us at psonline@psseasoning.com.