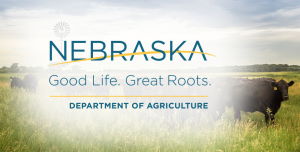 The meat processors who received the grant money must have met certain criteria which included: existing meat processors to facilitate improvements, enhancements, or expansions to increase harvest capacity and/or product throughput; operating as either a USDA-FSIS facility or a federally regulated custom-exempt slaughter and processing facility; being domiciled in the State of Nebraska and registered in good standing with the Secretary of State to conduct business in Nebraska; existing sales revenue of less than $2.5 million; and employing fewer than 25 people.