Salmonella infection (salmonellosis) is a common bacterial disease that affects the intestinal tract. Salmonella bacteria typically live in animal and human intestines and are shed through feces. Humans become infected most frequently through contaminated water or food.

E. coli O157:H7 is one of hundreds of strains of the bacterium Escherichia coli. Although most strains are harmless and live in the intestines of healthy humans and animals, this strain produces a powerful toxin and can cause severe illness. Thanks to many food safety technologies used by the meat industry, E. coli O157:H7 is removed during processing and is found in ground beef less than one percent of the time.

Chronic Wasting Disease (CWD) is a transmissible spongiform encephalopathy (TSE) of deer and elk. First recognized as a clinical “wasting” syndrome in 1967 in mule deer in a wildlife research facility in northern Colorado, it was identified as a TSE in 1978. CWD is typified by chronic weight loss leading to death. There is no known relationship between CWD and any other TSE of animals or people.

Bovine Spongiform Encephalopathy (BSE), commonly known as “mad cow disease,” is a chronic, degenerative neurological disorder affecting the central nervous system of cattle. BSE belongs to a family of diseases known as transmissible spongiform encephalopathies (TSEs). The disease was first diagnosed in 1986 in Great Britain. The U.S. Department of Agriculture’s (USDA) Animal and Plant Health Inspection Service (APHIS) is enforcing import restrictions and is conducting surveillance for BSE to ensure that this serious disease does not become established in the United States.

Avian Influenza (AI) is an infection caused by bird flu viruses, which naturally occur among birds. Wild birds worldwide carry the viruses in their intestines, but usually do not get sick from them. However, AI is very contagious among birds and can make some domesticated birds, including chickens, ducks, and turkeys, very sick and kill them. The strain that is currently being reported in Asia and Europe is AI H5N1.

Hazard Analysis and Critical Control Point (HACCP) system is a management system focused on the prevention of problems in order to assure the production of food products that are safe to consume. It is based on a common-sense application of technical and scientific principles to the food production process from field to table. The principles are applicable to all phases of food preparation, including basic agriculture, food preparation and handling, food processing, food service, distribution systems, and consumer handling and use.

A food recall is a voluntary action by a manufacturer or distributor to protect the public from products that may cause health problems or possible death. The purpose of a recall is to remove meat or poultry from commerce when there is reason to believe it may be adulterated (injurious to health or unfit for human consumption) or misbranded (false or misleading labeling and/or packaging).

Food safety is the number one priority of the U.S. meat and poultry industry. The Federal Meat Inspection Act of 1906 and the many regulations, notices and directives that it has generated ensure that the meat and poultry industry is among the most regulated industries in the nation. U.S. Department of Agriculture (USDA) inspectors are continuously present in meat packing plants and oversee compliance with a wide array of regulatory requirements. 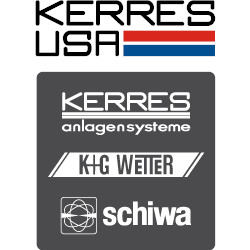